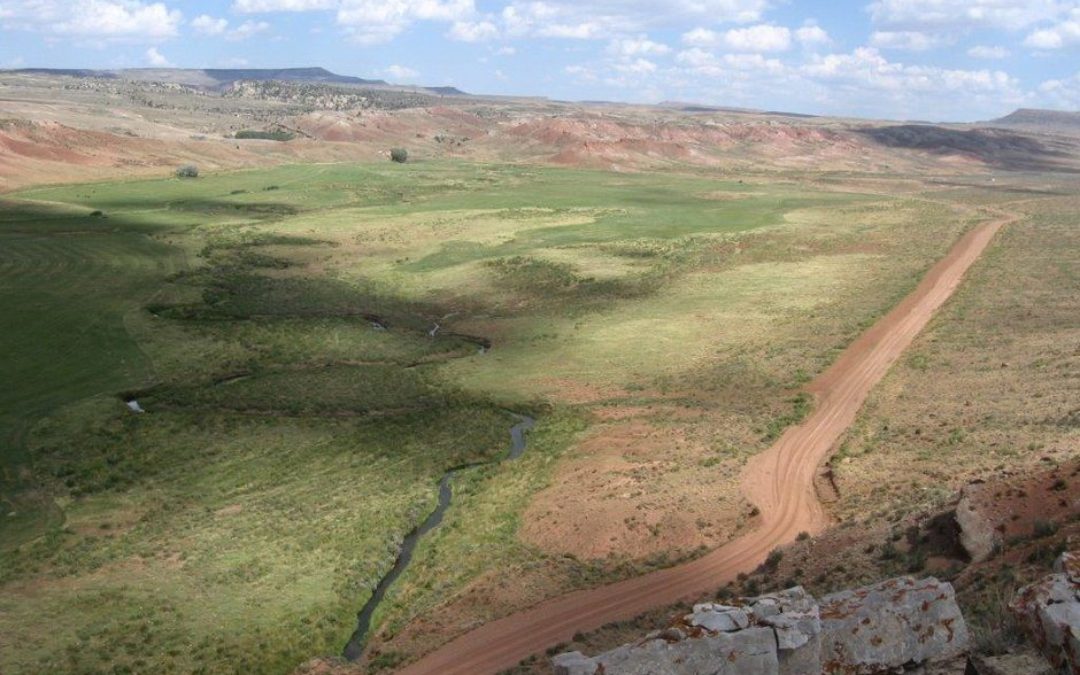 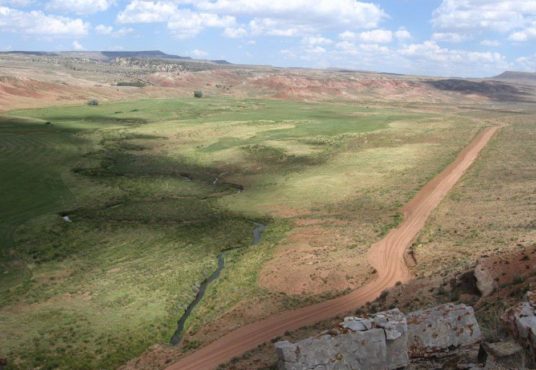 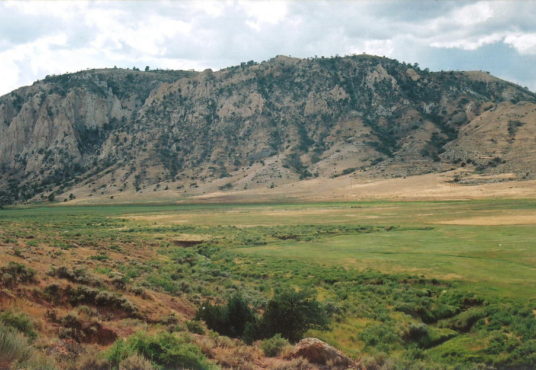 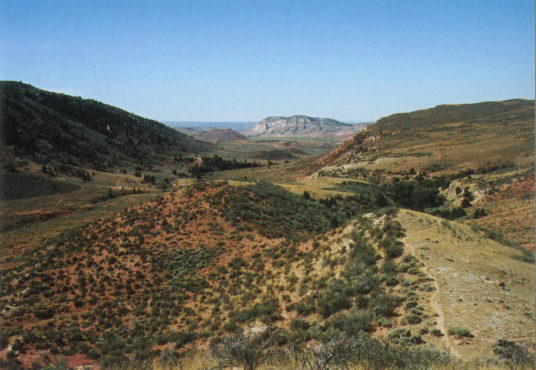 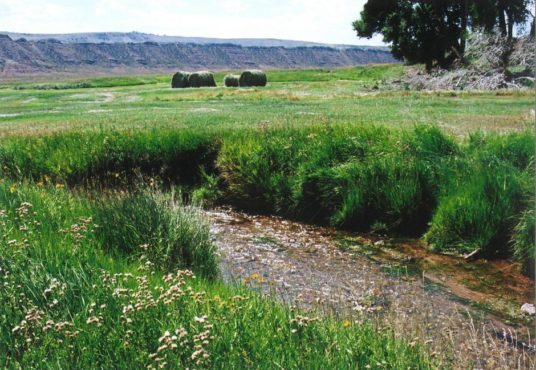 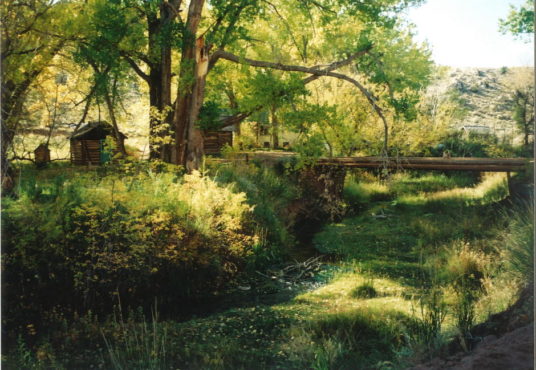 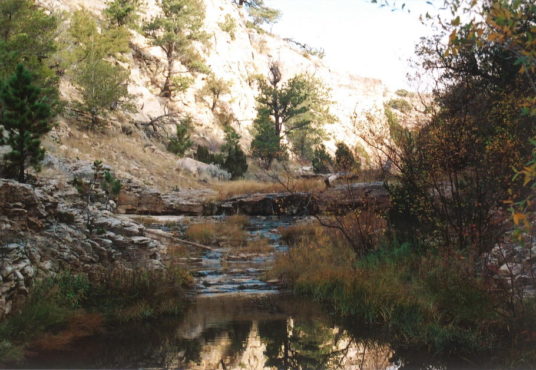 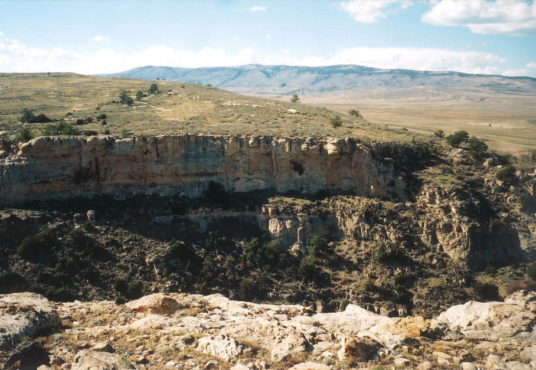 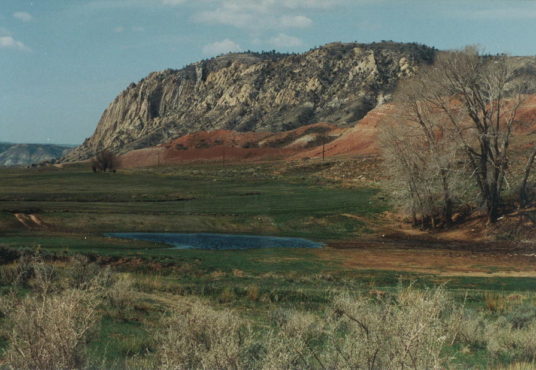 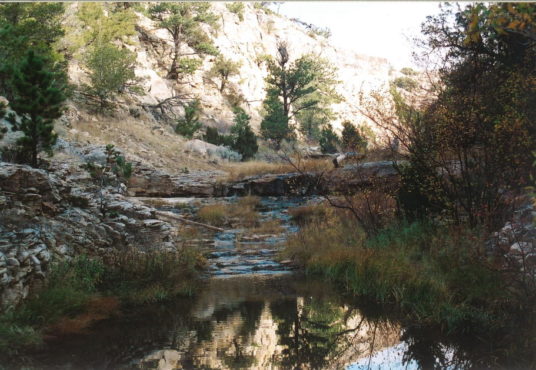 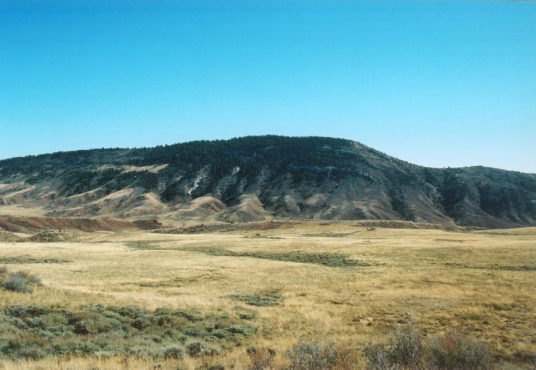 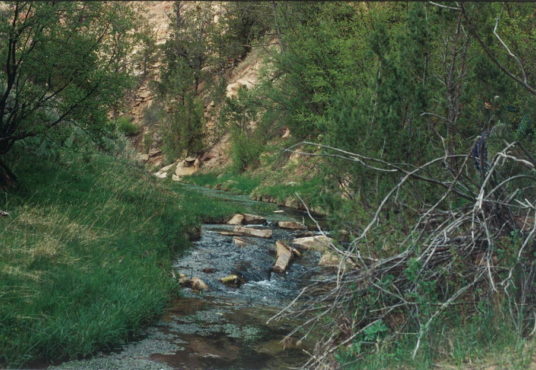 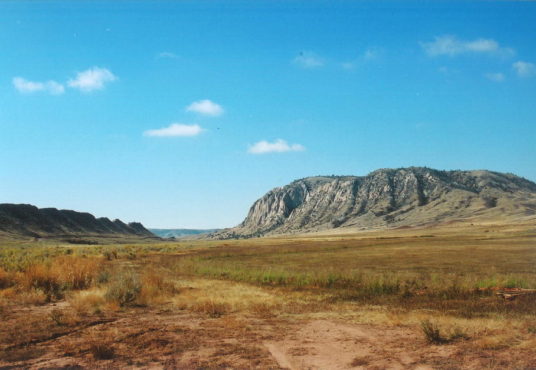 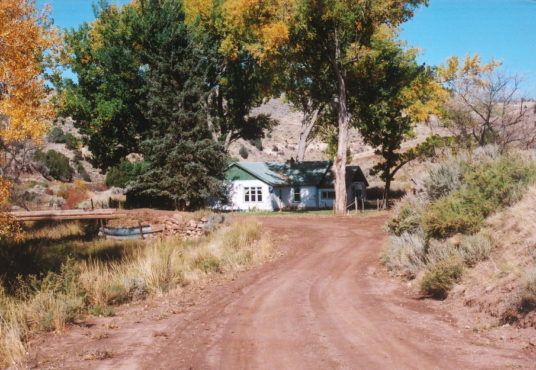 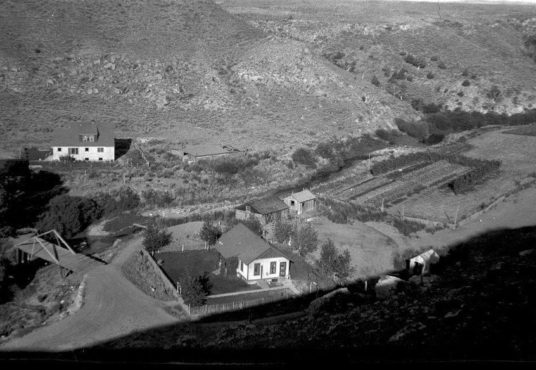 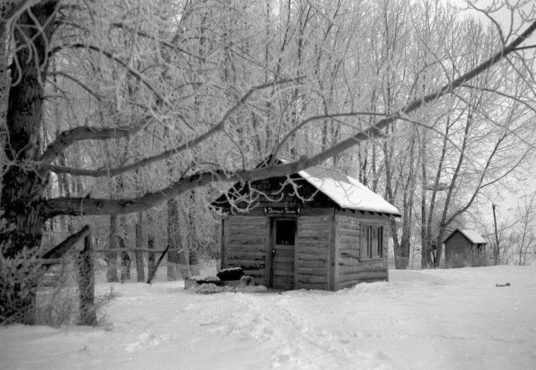 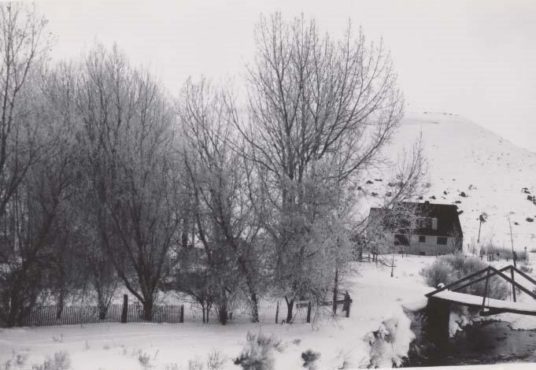 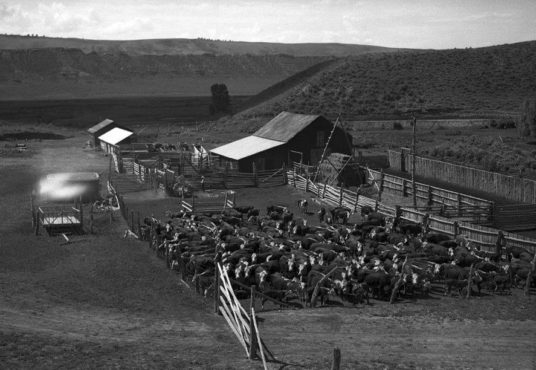 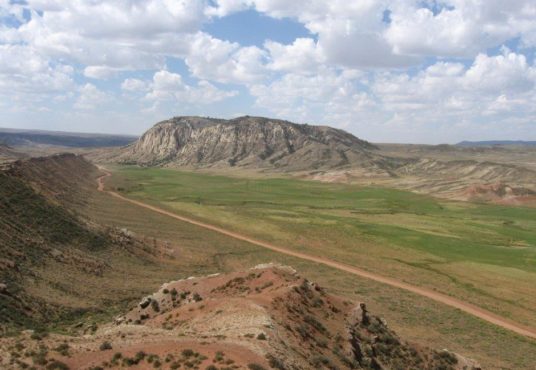 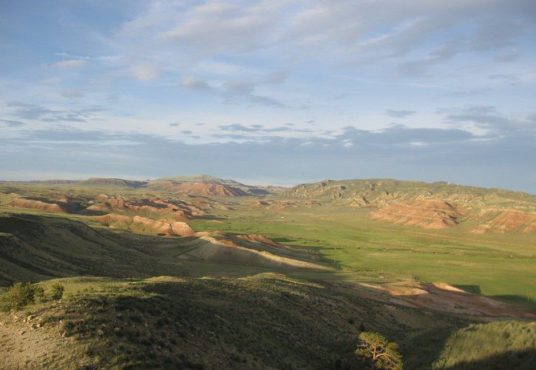 Established in 1899, the Difficulty Creek Ranch has rugged beauty and abundant wildlife, operating on a total of 22,236 acres. Ideal for the business-minded and recreation-oriented owner, the ranch is located in a convenient southeastern Wyoming location northwest of the 2 million acre Medicine Bow National Forest and just north of the Medicine Bow River. Located along the Freezeout Mountains south of Shirley Basin and approximately 60 minutes from the upscale town of Saratoga, the ranch is rich in American West heritage. Difficulty Creek Ranch was recognized as a “Century Ranch” in 1999 and has operated as a year-round cow/calf operation with hay production. The ranch has excellent year-round access off County Road 121, has a private airstrip for small aircraft, and is characterized with flood irrigation water from Difficulty Creek with 11 fenced pastures. The ranch has livestock carrying capacity for up to 350 +/- Animal Units year-around and improvements consist of a two-story main home, an additional smaller guest home, hunting lodge, livestock working facilities, and horse barn – all in the no-income tax, Cowboy state of Wyoming. The ranch has excellent wildlife populations including elk, mule deer and antelope with fishing for trout in Difficulty Creek and the nearby Miracle Mile on the North Platte River.

Climate and Weather:
Because of its elevation, Wyoming has a relatively cool climate throughout the state despite it being arid. Average temperatures between June and August range between 45 – 90 degrees. Summer nights are almost invariably cool, even though daytime readings may be quite high on occasion with the southern portion of the state being the warmest, year round. July and August are the warmest months with highs between 85 and 90 degrees. Daytime average winter low temperatures on and near the ranch at the coolest part of the day range between 10 – 20 degrees with the occasional below zero nights. The high temperatures at the warmest part of the day during the winter months range between 35 and 45 degrees. The area around the ranch receives approximately 60% sunshine throughout the winter months and approximately 75% sunshine throughout the summer. Average annual precipitation is 12 inches per year with the greatest amount (1.5 – 2 inches per month) occurring between April and July. The greatest amount of snowfall occurs in March and April and averages between 10 – 13 inches. The snowfall between October and February averages anywhere from 4 – 11 inches.

Ranching Operations:
Difficulty Creek Ranch was established by Pap Amos. Pap’s son, Frank Amos, sold the ranch to Charles and Olive Ellis in 1899, and in 1904, Olive Ellis established the first post office in the small town of Difficulty. The ranch was owned and operated by the Ellis family through four generations, 104 years; allowing it to be appointed as a “Centennial Ranch” in 1999. Current ownership has retained many of the Ellis practices in management of the ranch. The ranch has operated successfully as a year-round cow/calf operation, running up to 350 pair, subject to weather conditions. The ranch produces and averages 250 tons of hay annually and has flood irrigation water from Difficulty Creek (1901 & 1907 Wyoming Priority), ditches and meadows which have been continually improved and well-maintained over the years. Supplemental feeding is required during winter months and prospective Buyers should conduct their own analysis.

Recreation and Wildlife:
Difficulty Creek Ranch is a sportsman’s paradise supporting significant, healthy populations of big game including elk, mule deer, and antelope. Large herds of bull elk and cows migrate from the Shirley Mountains to winter on the ranch. In addition, there are numerous bird populations including wild turkey, Canadian geese, bald and golden eagles, and a variety of other smaller and colorful migratory bird species on the ranch. German brown trout are abundant in the lower reaches of Difficulty Creek and Brook trout live higher in the drainage. The primary spring that feeds Difficulty Creek has been estimated to produce 250 GPM and has an existing State of Wyoming permit. There is tremendous potential to enhance the fishery habitat on portions of Difficulty Creek which runs through the ranch as well as further enhance wildlife habitat to increase value, production, and enjoyment.

Additional elk hunting and trout fishing is available in the nearby 2+ million-acre Medicine Bow National Forest along with exciting summer and winter alpine recreation at the Snowy Range Ski and Recreation Area with four chair lifts and ski lodge. With close proximity to northern Colorado, the ranch offers the opportunity for day trips to Ft. Collins, Loveland, and Estes Park, Colorado for entertainment, dining and shopping and is an approximate 3.5 hour drive from the majestic Rocky Mountain National Park.

Wyoming Tax Advantages:
Wyoming has some of the most favorable tax and asset protection laws in the nation and with no individual state income tax, business income tax or inheritance tax, assets are insulated in ways so that   wealth can grow at a much faster rate.

Conclusions and Comments:
Difficulty Creek Ranch is a remarkable and unique four-generation, working ranch with low overhead. It is rich in history, and located in a tax-friendly state ideal for businesses and full-time residency. The ranch has easy access to the Colorado Front Range as well as Denver International Airport and is diverse in terrain, has abundant natural resources and wildlife, scenic attributes, agricultural production and easy access to four-season outdoor recreation on and off the ranch.